Paul is a Director at Move Revolution, having joined seven years ago.

He grew up in Felbridge and went to Felbridge County School, then on to Reigate Grammar. He studied Business Administration at UWE Bristol, and his claim to fame is he house shared with Russell Howard! As you can imagine, he has plenty of funny stories about this time in his life, but as a man of integrity, he hasn’t shared them with us!

He’d planned to work within his Dad’s building and property development business but after returning from Uni, he decided he wanted to push himself in a property sales arena, starting off at Woodlands in Horsham and Redhill, and then within large London independent, KFH. In his last year at KFH he rose to have the top sales performance across 56 offices.

He was one of the first people to join Move Revolution, having met Cliff locally and knowing he wanted to become a part of this young, ambitious agency. The rest as they say, is history, and Paul leads the Crawley office, responsible for business in this region, including Lingfield, East Grinstead, Dormansland and Blindley Heath.

The favourite property he’s sold so far was a house in Dormansland. It was an equestrian property and he agreed the sale for substantially more than the other two ‘local’ agents suggested marketing at. He loves nothing more than matching the right buyer to the right house without using Rightmove and Zoopla. He once took a couple to the local pub in Turners Hill after viewing a house he’d suggested on a Sunday and sealed the deal over a pint of Harveys (Who needs Phil Spencer?!)

Here are a few photos of current properties for sale within the Crawley office: Paul is very dedicated to the business and spends a lot of his time making sure everything runs smoothly, but in his spare time he loves to go and see Chelsea play, as well as play himself on a Saturday morning in a team he’s played in for 16 years!

A family man, he also loves spending time with his wife Daniella and young son George in Lingfield where they live, and can’t wait for him to be a bit older so they can go to watch football together.

Paul’s team cover Blindley Heath, Copthorne, Crawley Down, Crowhurst, Dormansland, East Grinstead, Felbridge, Horsham, Lingfield, Maidenbower, Pound Hill, Worth and Turners Hill, and they’d love to speak to you if you’re thinking of moving. Give them a call on 01293 127620, or fill in the valuation form here.

Hopefully all of the above demonstrates why you should give Paul and his team a call; just to emphasise the point, here are a selection of Paul’s reviews from RaterAgent, and you can go directly to his page to read more here:

“Great trustworthy Estate agents with constant updates and feedback information from viewings. They did all the viewings for us and were professional, polite and honest throughout the hole process. We dealt with Paul, Tom and Holly from the Crawley branch based in Worth and they were all superb to deal with! Will recommend and use you again. Thank you. “

“Paul Brice and Move Revolution were recommended to my wife and I by a colleague who had sold his home quickly where other agents had failed. Paul has a very engaging manner and really does focus on the client and their needs. He is a good listener and has the experience to navigate the ‘twists & turns’ of a sale and purchase. What sets Paul and MR apart from other property professionals is his communication and keeping his clients informed at each stage. Our transaction was very involved and without Paul’s care and attention (and advice) we just wouldn’t have moved – it’s as simple as that.“

“Having had no joy with our first agents, Paul came around and, quite correctly, made me confident that I would be able to sell my property swiftly and at a price I was happy with. Excellent communications at all times and a pleasure to deal with, I would recommend Paul to anyone looking to move home in the area.” 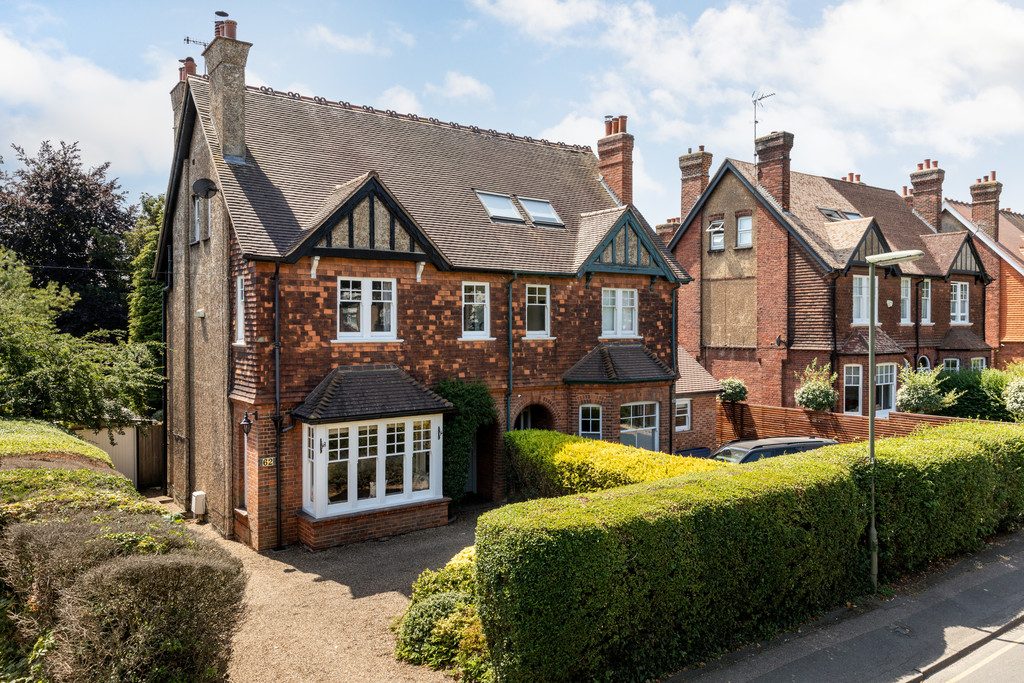 £1,250,000
Offered to the market for the first time in over 20 years, a superb example of a traditional Victorian family home set in the heart of Oxted. With plenty of original features, parking and a large rear garden this really is a wonderful family home.